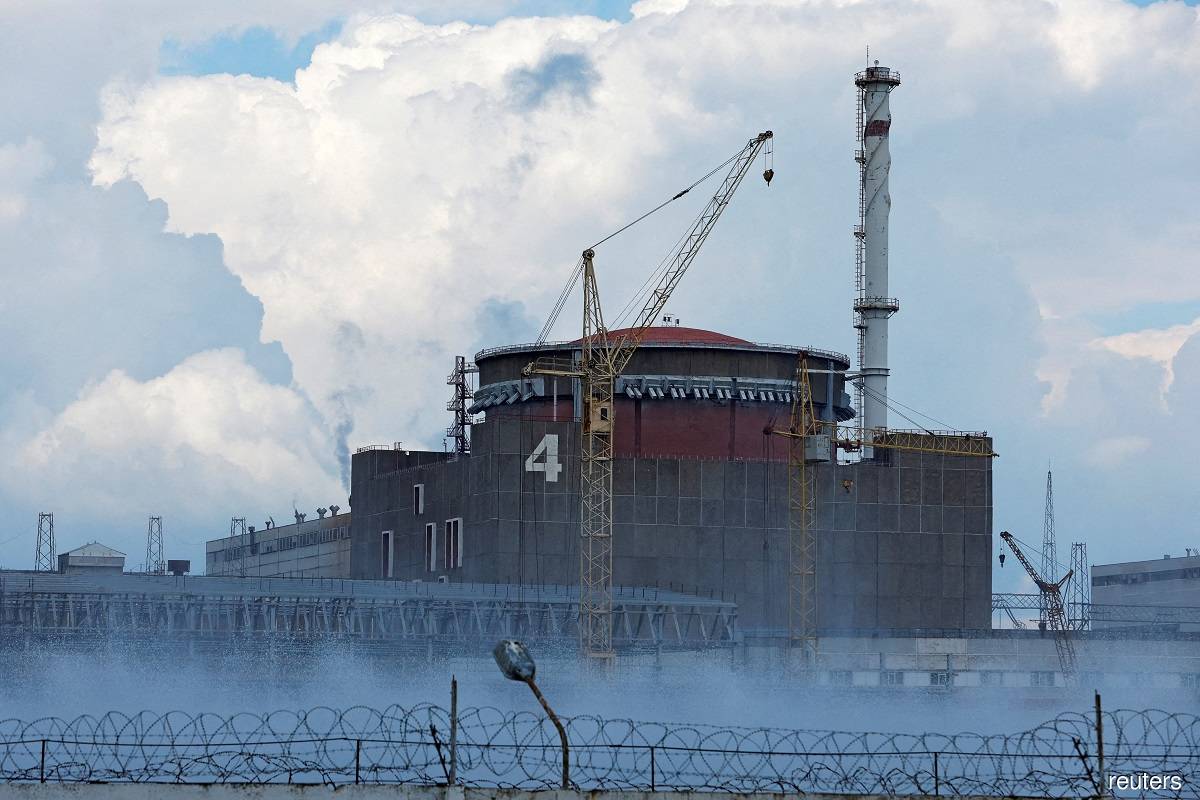 VIENNA (Aug 19): Diplomats concerned about an atomic accident at a war-damaged nuclear power plant in Ukraine should also turn their attention to a larger and looming danger, according to engineers who study critical infrastructure.

Europe's biggest atomic-energy station, Zaporizhzhia has in recent weeks been hit by shelling, with Ukraine and Russia blaming each other. Explosions wrecked infrastructure and cables critical for cooling atomic reactions and transmitting power.

United Nations Secretary General Antonio Guterres called for a demilitarised zone around the plant during a Thursday press briefing in Lviv, Ukraine, saying "any potential damage to Zaporizhzhia is suicide". US Secretary of State Antony Blinken has demanded an end to all military operations at or near Ukraine's nuclear facilities and for Moscow to return full control to Kyiv.

The attacks have not only increased the possibility of a nuclear-safety event, according to international monitors. They have prompted warnings that a cascading power-grid failure could imperil Ukrainians when temperatures plummet. Because Ukraine's electricity network has been connected to Europe's since March, an outage would have the potential to move beyond the country's borders.

Entso-e, the European association for the cooperation of transmission system operators, declined to comment in an email, citing "the sensitive and evolving nature of the situation".

Zaporizhzhia's designed to cover a fifth of Ukraine's electricity demand and any abrupt disconnection would ripple through transmission networks that need to precisely match supply with demand in order remain stable. With Russian forces also controlling some Ukrainian hydropower and coal plants, as well as mounting war damage to cables and substations, grid operator Ukrenergo could struggle to keep the system in balance even though the war has lowered demand for electricity.

If that were to happen, "we'll be in uncharted territory for both electricity grids and for societies", said Thomas Popik, an engineer who has been working with Ukrainians to identify electricity-grid vulnerabilities exposed by Russia's invasion.

A grid failure could have huge impacts. Telecommunications, railways, and other critical services would stop, potentially leading to new waves of refugees. Pressure would rise on Ukraine's neighbours to export scarce power resources as their own populations struggle with record prices. Ukraine's natural-gas pipelines may be forced off line without the electricity needed to control fuel flows to the EU. Russia's seizure of Zaporizhzhia on March 4 thrust the world into an unprecedented crisis. Never before had a nuclear station been taken as a spoil of war, or forced to continue operating at gunpoint.

Attacks on the plant have increased since the beginning of July, according to International Atomic Energy Agency (IAEA) reports filed by both Ukrainian and Russian diplomats. While the IAEA has criticised Russia's reckless takeover of the plant, it so far has not assigned responsibility for the attacks because it has been unable to secure safe passage through the war zone.

Occupying engineers have been laying plans to connect the facility to Russia's power grid and charge Kyiv's government for the electricity it generates. But Ukrenergo told Bloomberg that the plant is still delivering "electricity exclusively to the Ukrainian power system".

Unlike coal- or gas-fired power plants, reactors require a constant flow of electricity for water pumps needed to cool fuel and prevent a meltdown. The Zaporizhzhia plant's design and containment vessels make it highly unlikely an explosion like the one that wrecked Ukraine's Chernobyl plant in 1986 could occur. But an accident similar to that at Fukushima in Japan just over a decade ago cannot be ruled out if the plant loses all electricity, according to Popik and Robert Kelley, an ex-IAEA safeguards director.

At Fukushima, three reactors melted down after an earthquake and tsunami, causing hundreds of billions of dollars in damages, and will take decades to clean up. While radiation released led to few direct deaths, the accident forced more than 100,000 people to relocate, 3,691 of whom died prematurely of disaster-related causes.

"It's a high-level problem and the IAEA needs to deal with it," said Artem Starosiek, the chief executive officer of Kyiv-based Molfar Ltd, an open-source intelligence organisation keeping track of Russian personnel at the plant.

Molfar investigators have identified more than a half dozen Russian personnel supervising Ukrainian technicians still running the reactors. They range from engineers, to radiation safety experts and thermo-dynamic specialists who work with steam turbines, according to documents seen by Bloomberg.

Russia's focus on the site has turned the invasion into an "electricity war", said Kelley. A nuclear engineer and former Department of Energy official, he has been studying satellite images of recent attacks that suggest partisans are trying to raise the cost of occupation by destroying power lines, forcing the reactors to shut down rather provide valuable electricity to Russia or occupied territories.

Russia circulated a diplomatic note in Vienna on Wednesday that said attacks had damaged four of the plant's seven power lines, pushing the reactors closer to a "nuclear disaster", according to an official IAEA document.

Still, "fears of a nuclear meltdown are a bit overblown... Zaporizhzhia can take a decent amount of abuse", said Suriya Jayanti, a former State Department official who advised policymakers on Ukraine energy supply. "What the shelling is doing is creating the potential for the disruption for electricity supply."