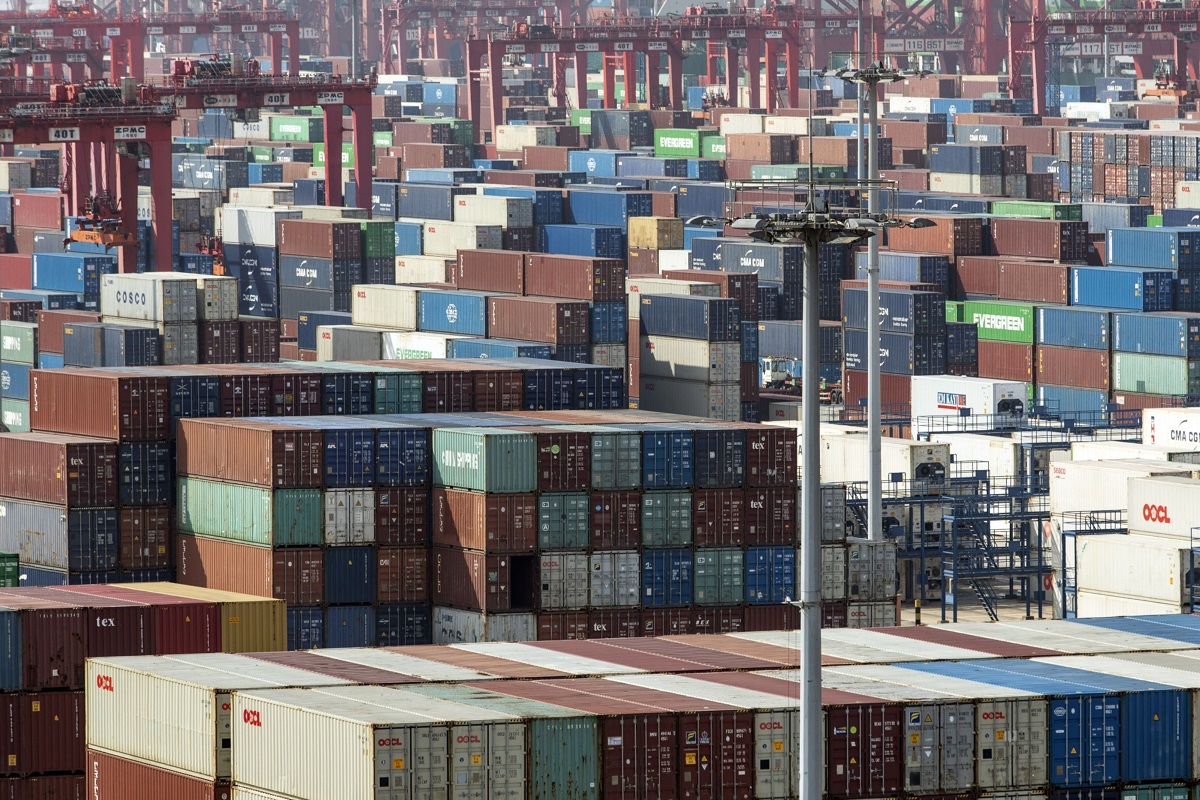 (Sept 26): The cost of shipping goods from China has slumped to the lowest level in more than two years as the world economy stumbles, dimming prospects for container carriers that turned in record profits during the pandemic.

A 40-foot shipping box from the world’s largest port of Shanghai to Los Angeles fetched US$3,779 last week, the first time the spot price was below US$4,000 since September 2020 and half the level of three months ago, according to Drewry.

While the value of Chinese exports was still rising through August, it’s expected to continue to slow down. That’s a symptom of multiple headwinds hitting developed and developing economies alike, from soaring inflation and a surging dollar to central bank interest-rate hikes and trade disruptions blamed on Russia’s war in Ukraine.

“It’s fair to say that the demand outlook for the trans-Pacific and container shipping generally is receding quickly,” said Simon Heaney, a senior manager of container research at Drewry. In what’s typically the peak season for seaborne trade, global demand for Chinese goods is waning instead as consumers cut back spending because of inflation and the shift away from goods toward services.

Factories in Europe and the rest of Asia are also scaling back production. China’s economic slowdown is also cutting into import demand, with companies in Asia and Europe seeing weaker growth or declines in orders from Chinese companies.

For the world’s shipping lines, it’s providing some relief to their packed sailing schedules yet threatening to slow an eye-popping run of profitability driven during the pandemic by stronger-than-normal consumer demand for household items.

“While it’s more clear that the second quarter of 2022 will be an earnings peak, I think any talk of bust and return to pre-pandemic earnings levels — or lack thereof — is premature,” said John McCown, an industry veteran and founder of Blue Alpha Capital.

Shares of Copenhagen-based A.P. Moller-Maersk A/S hit the lowest since March 2021 on Friday, and Germany’s Hapag-Lloyd AG slumped to the lowest since June last year. Cosco Shipping Holdings Co, China’s biggest carrier, reached a 17-month low. Shares of Honolulu-based Matson Inc, a smaller player that has operated an express Asia-to-US service across the Pacific, are worth about half of their record high set in March.

It was just about two years ago that US import demand started to surge, leading to a queue of cargo ships off the coast of Southern California through 2021 that eventually reached a high of 109 in January this year. As of Friday, the line to enter the ports of Los Angeles and Long Beach had eight vessels.

US container imports aren’t falling off a cliff, but they’re slowing down to more normal levels seen before Covid-19. The steady fall in spot container rates is putting pressure on carriers that have been pushing to sign more long-term contracts with customers as those prices soared into early 2022. Maersk, for instance, said recently it has about 72% of its long-haul volume on contracts.

Walmart Inc, Amazon.com Inc and Ikea were among companies that signed contracts when spot prices were at near-record levels, according to analysis firm Xeneta, but as inflation bites importers in the US and Europe want to ship fewer goods from Asia, it said.

Many of the carriers’ customers want to re-negotiate for discounts.

Agents and freight forwarders in Asia have received calls recently from cargo owners asking to lower their shipping costs, with some exporters complaining about the unfairness of paying almost twice as much on contracts than the spot market. Shipping companies want exporters to bulk up their volumes, but many are refusing to because of the weaker economic outlook.

“We polled customers and 50% of them successfully negotiated for lower rates on term contracts,” said Peter Sand, chief analyst at Xeneta. “The drop in freight rates is due to falling demand globally, and port congestion has eased, allowing for more efficient operation of the ships.”

Economists forecast the value of Chinese exports will grow 9% this year, down from the 13.5% expansion in the first eight months of the year and well below the 30% jump last year. While exports rose 7.1% in August from a year earlier, higher prices rather than a boost in volumes may be playing a bigger role in driving up the figures. About half of the headline export growth in July was due to price effects, according to an estimate by Macquarie Group Ltd.

Some of the softening in demand reflects an earlier-than-usual peak season for US companies to import their wares. Historically, Chinese exports grow strongly into the second half of the year as companies in the US and Europe stock up before the holiday season, but this year there was a big spike in shipments in May though July, which then fell back a bit in August. Shanghai’s port processed 8.4% less cargo in August than a year earlier, with the numbers of containers down 3.4%, the port said earlier this month. That tracks with the drop in boxes arriving in the US — the number of containers arriving at the busiest US port of Los Angeles dropped by the most since the early days of the Covid-19 pandemic last month.

With no capacity to spare just six months ago, the container lines are now scrambling to reduce an excess of it to match demand. According to a Drewry report on Friday, 117 out of 744 sailings were cancelled over the next month on major trade lanes, and about 68% of those blanked voyages were scheduled to do transpacific eastbound trips.

The weakening outlook isn’t coming just from mainland China — Taiwan’s exports grew at the slowest pace in more than two years in August, while South Korean exports dropped 8.7% in the first 20 days of this month.

Bloomberg Intelligence logistics analyst Lee Klaskow said the shipping industry still could have its third-best year in 2023, but the good times may not keep rolling beyond that given all the new ships — ordered during this period of prosperity — that will start to be launched next year.

“There is a lot of new capacity hitting the water in 2023, which will dampen spot and contractual rates,” he said. “When we get to 2024, things may get worse for liners as more supply hits the water and supply chains normalise.”