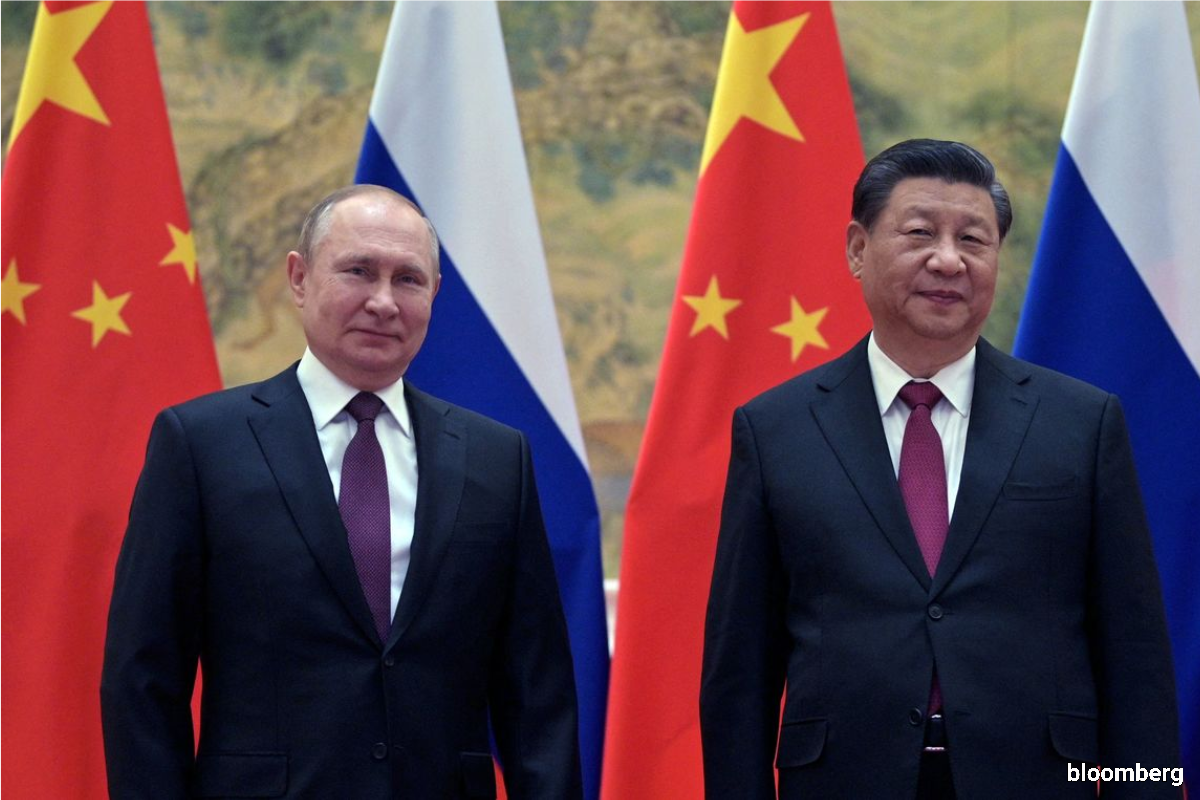 (Aug 19): Chinese President Xi Jinping and Russian leader Vladimir Putin are both planning to attend a Group of 20 summit in the resort island of Bali later this year, Indonesian President Joko Widodo said.

“Xi Jinping will come. President Putin has also told me he will come,” Jokowi, as the president is known, said in an interview with Bloomberg News Editor-in-Chief John Micklethwait on Thursday. It was the first time the leader of the world’s fourth-most populous nation confirmed both of them were planning to show up at the November summit.

The dollar moved higher against Asia-Pacific currencies on Friday after publication of the report as geopolitical tensions boosted demand for the US currency as a haven.

The presence of Xi and Putin at the meeting would set up a showdown with US President Joe Biden and other democratic leaders, all of whom are set to meet in person for the first time since Russia’s invasion of Ukraine. The attack, which came shortly after Putin and Xi declared a “no limits” partnership, has left the G-20 divided over whether to place sanctions on Russia.

Chinese Foreign Ministry spokesman Wang Wenbin on Friday declined to confirm travel plans for Xi, who hasn’t been abroad since the start of the pandemic. “We are ready to step up coordination and cooperation with Indonesia to ensure the full success of the summit,” he said at a news briefing in Beijing.

Putin and Jokowi discussed preparations for the G-20 summit in Bali in a phone call Thursday, the Kremlin said in a statement that didn’t mention whether the Russian leader will attend. Putin’s attendance could also bring him face to face with Volodymyr Zelenskiy for the first time since Russia’s invasion because the Ukrainian president is also slated to be in Bali.

Biden had called for Russia to be removed from the G-20 following its invasion of Ukraine, and US officials had earlier been pressuring Indonesia to exclude Putin from the Bali summit.

Tensions are also soaring between the US and China, even as Biden and Xi leave open the possibility of holding their first face-to-face meeting on the sidelines of the Bali summit. China cut off talks with the US on defense and a range of other areas after House Speaker Nancy Pelosi’s visit to Taiwan, while the White House has criticized Beijing’s military drills around the island.

“The rivalry of the big countries is indeed worrying,” Jokowi, 61, said in the interview. “What we want is for this region is to be stable, peaceful, so that we can build economic growth. And I think not only Indonesia: Asian countries also want the same thing.”

As the current G-20 host, Indonesia has sought to balance ties between major powers while resisting pressure to exclude Russia from meetings. In the wake of Pelosi’s Taiwan visit earlier this month, Indonesia’s Foreign Ministry said the world “needs wisdom and responsibility to maintain peace and stability,” while emphasizing that it respected a One China policy as expressed by other Southeast Asian nations.

Jokowi dismissed concerns that US-China tensions over Taiwan could spill over into the South China Sea, where Indonesia has territorial claims, saying nations should instead focus on dealing with crises over food, energy and the pandemic. Southeast Asian countries wanted richer countries to help provide funds to transition to renewable energy and investments to grow their economies, he added.

In the five years to 2022, US investments in Indonesia were less than a quarter of the combined $40 billion that China and Hong Kong has put in. Companies from China were investing in building highways and high-speed railways and pouring in funds to construct more commodity processing plants.

While Russia accounts for only a small amount of investments, Indonesia’s state-owned energy company Pertamina has a joint venture with Rosneft to build a US$13.5 billion refinery.

Indonesia is seeking trade and investments that boost economic growth and improve the lives of the nation’s 275 million people, Jokowi said, adding that it wasn’t seeking to join any particular bloc. 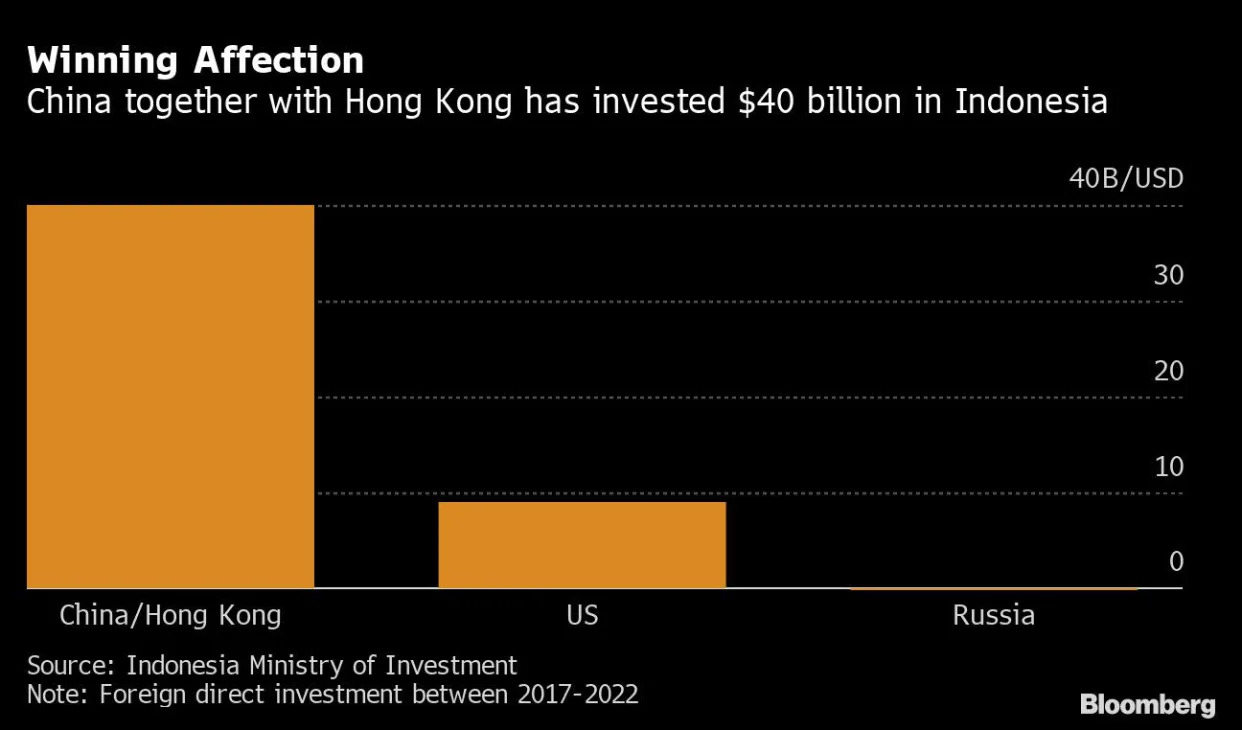