Zahid acquitted of all charges in VLN case 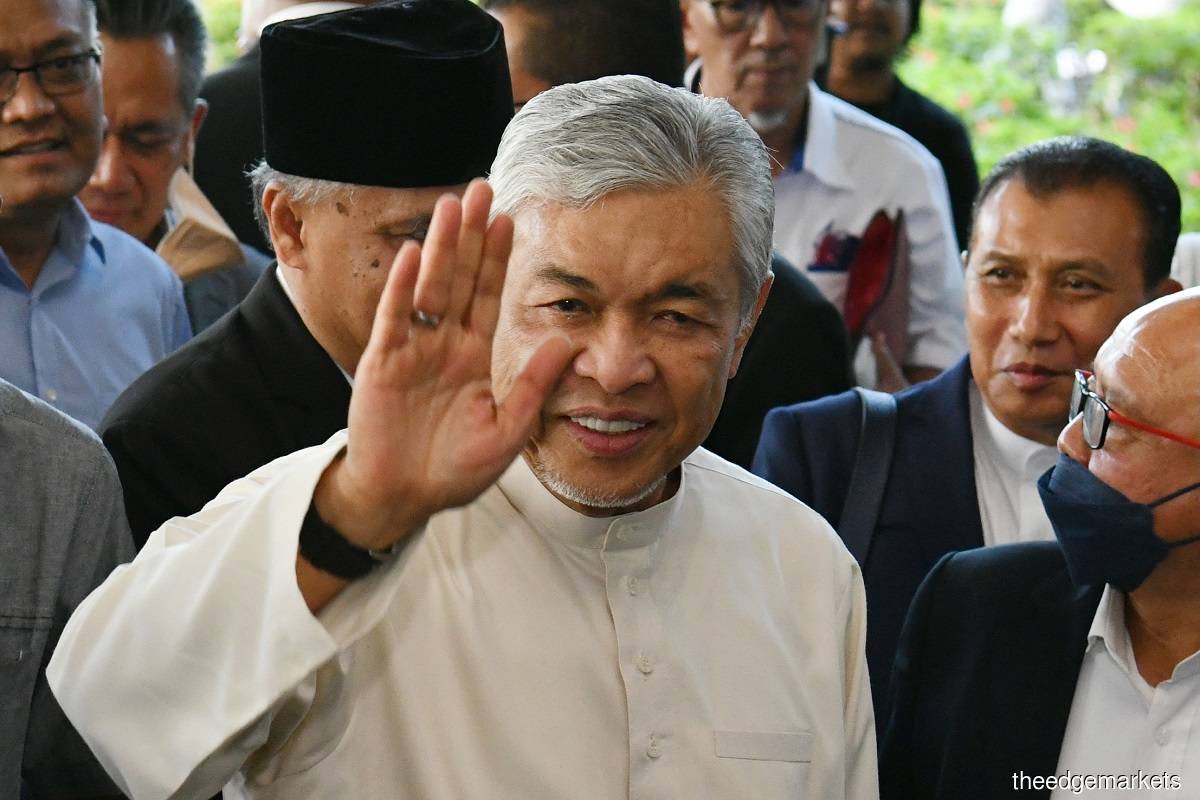 Judge Yazid found there was no prima facie case for Zahid to answer to the charges made against him. (Photo by Suhaimi Yusuf/The Edge)

This follows judge Datuk Mohd Yazid Mustafa finding there was no prima facie case for Zahid to answer to the charges made against him.

Yazid in his decision ruled that the prosecution has failed to prove the element of graft under Section 16(A)(B) of the MACC Act and Section 165 of the Penal Code. “There should be no weightage to their testimony,” he ruled. The trio were the main witnesses in the trial.

“In view of the failure by the prosecution to prove the foremost important element in all charges levelled against the accused (Zahid), that is the receipt of corrupt monies upon the exercise of the maximum evaluation of the evidence in totality, I find the prosecution has failed to make out a prima facie case on all charges,” he said.

Yazid said there are questions that arose whether money was delivered to and exchanged hands with Zahid as alleged in the charges.

The judge said he had reminded himself while presiding over the case that he would not be swayed or influenced by any comments of the public made outside of the courtroom.

He added that it is his solemn duty to uphold justice without favour or fear or prejudice.

“I am also reminded of the sanctity of the oath I took as a judge to decide based on evidence and to defend the Federal Constitution,” the judge added.

“Based on the foregoing reasons and analysis of the evidence and the law, it has now come for me to pronounce my judgement in this case. I hereby acquit and discharge the accused from all charges, without calling for the defence, as the prosecution has failed to make out a prima facie case.”

Questions over the size of the brown envelope

Yazid, who is scheduled to retire next month, said although the three witnesses had testified that the brown envelope containing the money was given to Zahid, the court did not know the size of the envelope as the monies allegedly received were in the millions.

The court compared Zahid’s case with Datin Seri Rosmah Mansor’s graft case, where the prosecution provided evidence by showing two luggage bags and two knapsacks used to transport the money, as well as pictures taken from her Jalan Duta residence with the main witness, Rayyan Radzwill Abdullah, showing where the bags were placed.

“In Rosmah’s case, there were other independent witnesses who testified to the delivery of the bags containing the money and here, unfortunately, there were none with the exception of the three.

“There is also no CCTV footage produced by the prosecution to show the transactions in the exchange of money between UKSB and Ahmad Zahid took place,” he added.

Such evidence, Yazid added, is needed to corroborate the evidence by the prosecution.

He also said that one of the UKSB’s directors, Datuk Fadzil Ahmad, who played a pivotal role in getting the contract, had testified that he does not know about the money being delivered to Zahid.

The judge also questioned the entries in the purported ledger owned by Tan that had been tendered as evidence, as the court noticed there were some missing notations in them and this raised questions about whether the money was received by UKSB and whether the money was also delivered to the accused.

In his judgement, Yazid also said the blank remark notations gave rise to a possible inference as suggested by the defence that the monies could have been distributed among the three of them as they maintained luxurious lifestyles.

“Each of Lee, Wan Quoris and Tan had one unit of property at Pavilion. Wan Quoris also owned a bungalow house in Putrajaya, one semi-detached house in Cyberjaya, two Range Rovers, expensive motorcycles, and tax payment of millions.

Both Lee and Wan Quoris agreed that there was no independent evidence to support the contention that the monies were in fact paid to Zahid.

The court also pointed out the prosecution’s failure in not calling the person called “Nicole”, who allegedly delivered the money from Hong Kong to UKSB.

The defence had argued that the non-calling of the Hong Kong witness had broken the purported money trail to prove the prosecution’s case that money was actually delivered.

In this case, the monies allegedly used to pay Zahid did not originate from UKSB’s accounts, as they were brought in from Hong Kong from business associates.

Yazid, however, dismissed Zahid’s contention that the amount received was a political donation or that the charges were a form of political persecution on him. All of the politicians mentioned had denied that they were paid or received funds from UKSB.

A total of 18 prosecution witnesses had testified in the trial and among them were former senior officers from the Home Affairs Ministry where Zahid was a minister, like its former secretary general Tan Sri Alwi Ibrahim, and UKSB witnesses, namely Lee, Wan Quoris and Tan.

Zahid faced 33 counts of graft for allegedly receiving S$13.56 million (RM43.39 million) from UKSB to facilitate the company's foreign visa system (VLN) and one-stop services (OSC) in China. These charges are under Section 16(a)(B) of the MACC Act.

He was also on trial for seven other bribery charges in his capacity as the home affairs minister then, for allegedly obtaining for himself bribes denominated in different currencies comprising S$1.15 million, RM3 million, €15,000 (RM67,032) and US$15,000 (RM67,548) from UKSB under Section 165 of the Penal Code.

The purported offences took place at the Deputy Prime Minister’s official residence, the Seri Satria in Putrajaya, and his private residence in Country Heights between October 2014 and March 2018. With the acquittal, the prosecution can decide within 14 days on whether or not to appeal the decision.

Despite this, Zahid is still entering his defence against the 47 charges of criminal breach of trust, graft and money laundering with regards to the charitable organisation Yayasan Akalbudi funds at the Kuala Lumpur High Court.